What the Election of Donald Trump Means for Freight 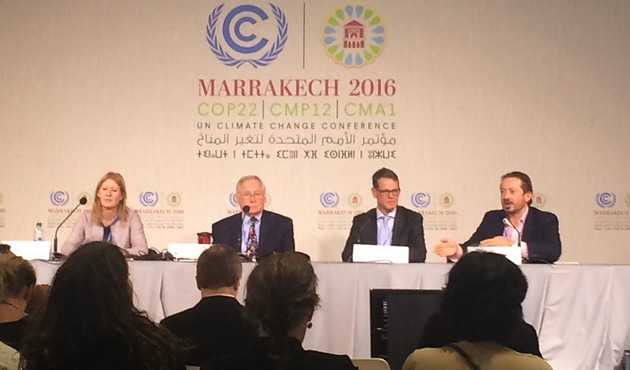 On the morning of November 9, when the US Election results shocked and surprised almost everyone, I was at COP22, the UN Climate Change Conference in Marrakech.

COP22 is the epicenter of negotiations on clean energy and climate change issues, the very concept that president-elect Donald Trump promised to completely remove from his agenda. Scientists, non-government organizations, politicians, and business leaders dedicated to staving off catastrophic climate change had serious reason to worry. The US is the world’s largest carbon polluter.

I saw heads shaken, long faces and some tears. The reaction was the most emotional among the US delegation. Youth and women delegates organized several symbolic protests in the middle of the busy COP22 village. Across the board there were many discussions, opinions, and commentaries; each session, each press conference touched on the implications of the election.

I was asked how the US Election results would affect freight shipping, from an economic perspective, and also in terms of emissions reduction from transportation. Anything at this point is speculation, of course, but assuming that Donald Trump succeeds in increasing domestic manufacturing and investment in the US infrastructure, cutting taxes on corporations, and stimulating spending, we could see increased demand for freight shipping at least domestically in the US-Canada zone – with trucking and rail benefiting.

On the other hand, Trump’s isolationist policies may negatively affect import/export and lead to decreases in the ocean and international air shipping. Ironically from the perspective of reducing carbon emissions, this wouldn’t be a bad thing for the planet. Ideally, we should be sourcing everything as locally as possible. Per tonne, air shipping is the most polluting way to move freight, and ocean shipping, while efficient from a carbon dioxide emission perspective, is among the largest sources of nitrous and sulfur oxides and particulate matter, potent greenhouse gasses, and air pollutants which kill at least 60,000 people per year.

What’s concerning is if Trump moves forward with his talk of pulling out of the landmark Paris agreement, aggressively pursues fossil fuel projects such as the Keystone Pipeline and coal mining in the US, and stalls current progress in the unprecedentedly rapid transition towards clean energy production in the US.

Conclusion? The Trump presidency, if he pulls off an economic revival based on domestic manufacturing and infrastructure projects, may be good for freight shipping, but economically inefficient and backward if coupled with renewed investment in coal, oil, and gas. If renewed investment in US fossil fuels was associated with divestments from solar and wind energy, the implications would be deeply harmful, both for the US economy and climate.

Our hope is that Donald Trump, a populist and potentially pragmatic businessman, will continue to develop clean, renewable energy resources as part of rebuilding America – a trend that Americans support independent of their party affiliation. I see it as one of few opportunities for the new president to bring together this deeply divided nation.

Nevertheless, there is something we can do as citizens, business owners, and investors, and it’s been a unified message during the COP22 gathering in Marrakech. We can take the lead in building a better future for our children, based on clean energy, by personally and institutionally divesting from fossil fuels and investing in wind and solar energy and green transportation. Without the distortions of subsidies, new wind and solar installations now produce power at rates so cheap that gas, coal and nuclear cannot complete. Strictly from a business perspective, any future investment in coal, oil or gas is increasingly too risky to contemplate.

As Anthony Hobley, the CEO of Carbon Tracker pointed out at the press conference about investing in clean energy, no president can stop a market-based, low-carbon, technology-driven transition, just as no president could stop the transition to automobiles, personal computers, and mobile phones. 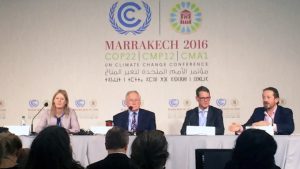 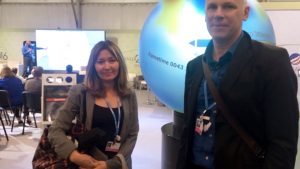 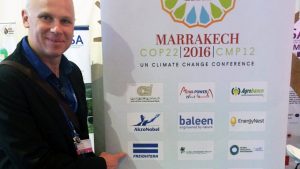 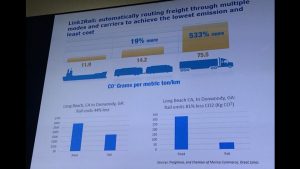